Check your email, discount code is already there. Academic Level.


Estimated Date:. But in the cabaletta to the entrance aria, the coloratura was used to express girlish joy, to get at Alisa, and gradually turn her around to Lucia's way of thinking, so that she did eventually relent and allow Lucia to delight in her love. Michaela Martens , as Alisa, acted superbly to allow this to come across. Inevitably, it was the mad scene where Zimmerman and Dessay created their best work. Having been dramatically underwhelming in Act I, Dessay grew in stature during Act II and proved herself to be a strong actress during the duet with Enrico and the wedding scene.

But nothing had prepared me for the impact she made in the mad scene.

It was quite simply the most impressive and skilful acting I have seen on the operatic stage. Vocally, she was imperfect, and at times rather raddled, but the way she delivered the coloratura and the top notes in the service of the drama was remarkable. The run on the repetition of 'da' tuoi nemici' was very expressive, accompanied by a physical spasm which made it a totally convincing manifestation of her extreme mental state.

Countless examples of this abounded throughout the scene, but the top B flat she let out as a cry of pain when she received a shot in the arm from the doctor was particularly deeply affecting, and the rage and victimisation she conveyed through the embellished second verse of 'spargi d'amaro pianto' in response to this was almost painful to watch, so thrillingly immediate did the drama seem.

Having chorus members carry her out, so that the crowning E flat came across as Lucia was literally being dragged off kicking and screaming with no criticism of Dessay's delivery of this note being intended in the use of the word 'screaming' , was a brilliant idea. I'm not sure I have ever seen a piece of opera direction manage to justify an un-written display note with quite that much success.

Of course, the mad scene is a hard act to follow, particularly when given such a dramatically compelling performance as Dessay's.


However, Giuseppe Filianoti as Edgardo had got the audience very much on side in his earlier scenes through some very emotionally direct phrasing and acting, so that he was well received. His singing earlier in the evening had been appealing, if not completely free of issues, but by the end of his final scene he was absolutely exhausted.

He had enough commitment to carry his difficult closing aria off, but his top notes betrayed considerable strain. 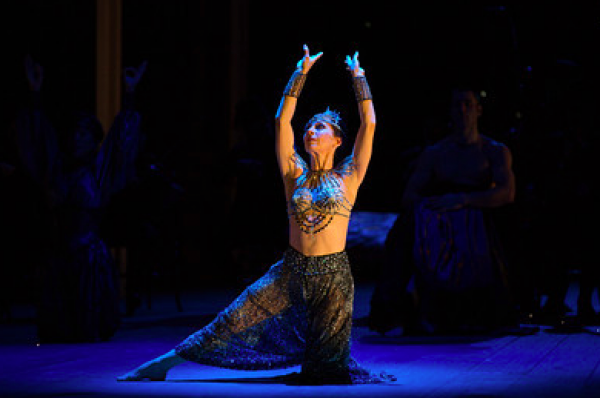 He was assisted by some very sympathetic and subtle conducing from Joseph Colaneri who ensured Filianoti did not have to linger any longer than necessary outside of his comfort zone. Indeed, Colaneri gave great support to the whole cast in what is inevitably a voice-led opera, allowing them the freedom they needed to create effects consistent with the bel canto style. He also kept a tight grip on the drama in the large set pieces, such as the Act II finale and moved it forward with expert skill.

The orchestra was as typically suave as one has come to expect from the Met, but also incredibly delicate when called for, such as the beautifully atmospheric opening bars in the horns and woodwind. Kwiecien and Relyea were both vocally excellent and did what they could to be dramatically involving within the constraints of their scenes, but a very strong impression was made by the young Stephen Costello as Arturo, which is no mean feat in such a small role.

His heavy lyric tenor voice struck me as one to watch, and he was pleasing on stage in scenic terms. This was a fascinating evening in the theatre, with a beautiful, if occasionally aimless production, and variable vocal performances. However, its crowning glory, Dessay's electrifying performance of a brilliant staging of the mad scene, will I suspect remain one of the most moving and involving experiences I have had in the theatre for many years to come.